Mark started as rector in late July 2019. Previously he was the rector of St. Aidan’s in Virginia Beach. Prior to that he was assistant rector at Church of the Holy Spirit in Orleans MA. Mark was a band and orchestra director in suburban Cleveland Ohio prior to going to Virginia Theological Seminary in 2001. Mark’s wife Wendy is the vicar of Christ the King Alief. Their older son Jeffrey lives in Columbus Ohio and their younger son lives in Southampton England. Mark enjoys cooking, golf and reading when not at church. 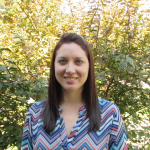 Jennifer joined St. Paul’s in October 2015. She is very excited to leave the legal and construction worlds behind and join the Lord’s House as the Parish Administrator for St. Paul’s. When not at church, she enjoys cooking, creating, and going on adventures with her husband, Casey, and their two daughters, Kennedy and Riley. 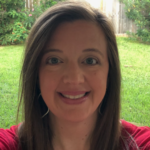 Christie has been a stay at home mom for that last 3 ½ years with her youngest daughter Rylee.  She is a Native Texan and has lived in Katy for over 15 years.  Christie, her husband Marty and their daughters, Reese and Rylee and their son Reid are members at Emmaus Road Church in Katy.  Christie enjoys baking in her free time as well as spending time with family and friends. 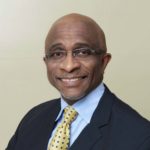 Jason Oby has performed as a soloist in opera, oratorio, and recital at venues throughout the United States, as well as in Europe and Asia.  As a member of the acclaimed cast of Three Mo’ Tenors, he sang a wide variety of musical genres including opera, Broadway, jazz, and Motown.  He has been called on to coach, plan and artistic direct event specific multi- disciplinary performances at museums, universities and arts presenting organizations around the U.S.  He earned degrees (B.M., M.M.) from the Manhattan School of Music and the Doctor of Music Degree from Florida State University. Of his singing, the Washington Post wrote: “Special praise is in order for Jason Oby’s golden toned solo work.  His voice is accurate, flexible and true… a real pleasure to listen to.”   He continues to be sought after as a lecturer, singer and conductor.  He serves on several local and national Boards and committees concerned with granting, philanthropy, and the arts. He has served on the faculty of Texas Southern University since 1996, and has been Chairman of the Department of Music since 2013, and Interim Assistant Dean of the College of Liberal Arts and Behavioral Sciences since 2015. Throughout his career, he has served numerous churches as a singer, choir director, music director.

Lucian Zidaru is an Associate Professor of Music – piano at Texas Southern University where he teaches piano, music history, and accompanies students in recitals and vocal performances. In Houston, he performed at Texas Southern University, Rice University, University of Houston, Hobby Center, Houston NPR Public Media News studio, and in many other venues. He regularly performs with Houston Ebony Opera Guild. Born in Bucharest – Romania, Lucian Zidaru began his musical studies at Dinu Lipatti School of Music in Bucharest. He earned a BA in Piano Performance and Chamber Music. Zidaru also holds degrees from Southeastern Louisiana University (MM – Piano Performance) and Louisiana State University (DMA – Piano Performance and Music Theory). Prior to coming to the United States, Lucien performed widely with many important orchestras and chamber music groups. He also worked with the Romanian Public Radio. 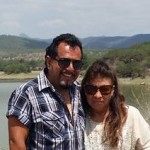 Jaime and Carmen Baltazar have 3 grown children and all live in the Katy area. Jaime works during the day at St. Batholomew Catholic Church and the family attends there as well. Jaime loves football and Carmen loves to cook and both love to travel.